The PFF PIA Film Festival was launched in 1977 in order to “discover and nurture new talent for cinema.” The main program is the competitive “PFF Award 2013”. Out of the 511 initial submissions, 16 independent films that passed a strict selection process will be shown. The numerous works that challenge the conventional image of the independent film will be shown in Kyushu all for the first time. It will be a valuable showing that will happen only once for this special occasion.

As a special entry, we will be showing Zentai, which is the newest production from Ryosuke Hashiguchi. Hashiguchi is a director from Nagasaki and continues to attract attention both domestically and from abroad for works such as Hush! and Gururi no koto that portray unique worldviews. Zentai will be shown for the first time in Kyushu, along with a video involving a conversation with the director. 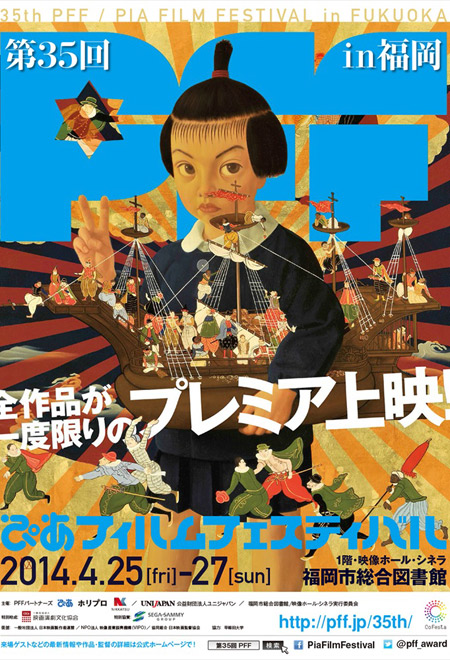 Program schedules and other detailed information can be found here:
http://pff.jp/35th

From now until May...