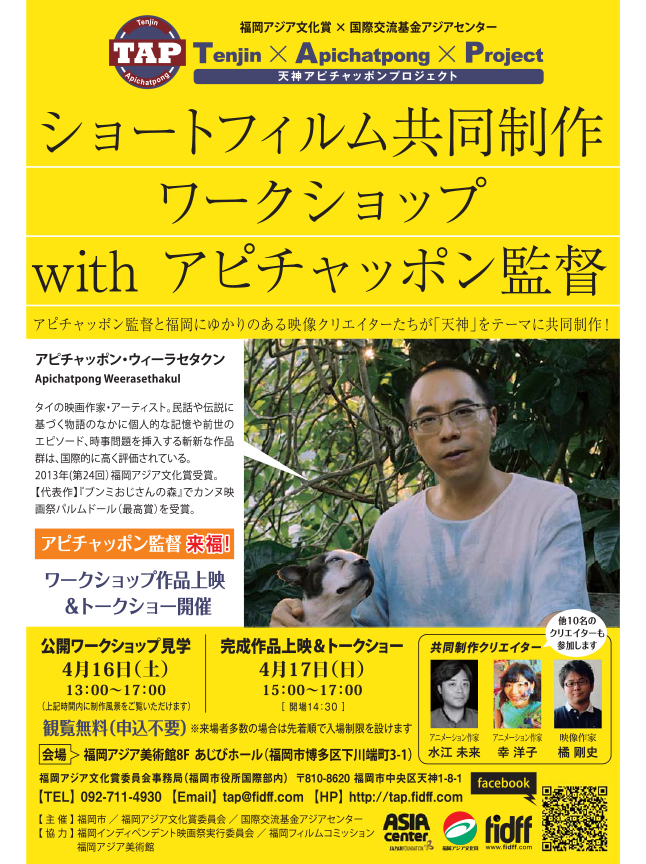 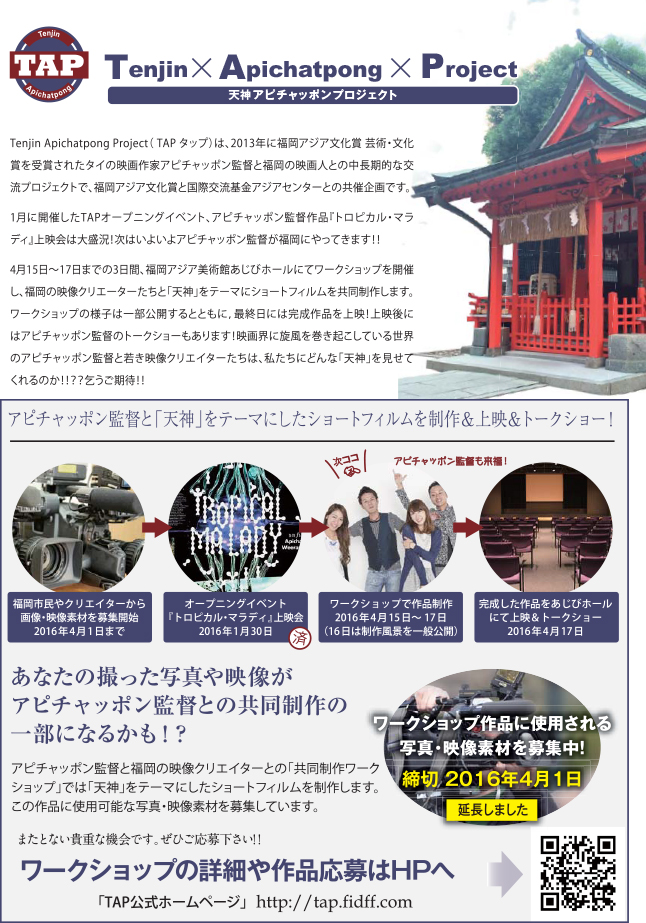 Apichatpong Weerasethakul is a Thai film director who won the 2013 Fukuoka Asian Culture Prize. He is a budding artist who has won awards at film festivals around the world, including the Cannes Film Festival’s highest prize (Palme d’Or), and is currently gaining worldwide attention.

At the Fukuoka Asian Culture Prize, the “Tenjin Apichatpong Project” (commonly called TAP) has worked to deepen exchanges between director Apichatpong and film creators in Fukuoka.
And finally, Apichatpong will visit Fukuoka and host a workshop with the film creators of Fukuoka on the subject of “Tenjin”, the center of Fukuoka.

Don’t miss the “Tenjin” that the hottest director in the film industry and the young creators will show you.

■Apichatpong Weerasethakul’s Profile
Film producer and artist. Born July 16, 1970 in Thailand.
His most famous work is “Uncle Boonmee Who Can Recall His Past Lives”.
Won the highest prize (Palme d’Or) at the Cannes Film Festival. Awarded the 2013 Fukuoka Asian Culture Prize, Arts and Culture Prize.
Apichatpong Weerasethakul took the world’s film industry by a storm as a keen filmmaker who not only works on the production and directing of his films, but also undertakes the scriptwriting and editing himself. His works that incorporate innovative filming techniques—such as using a dense forest setting and inserting personal memories, episodes from past lives, and references to current events—are highly acclaimed by the world.