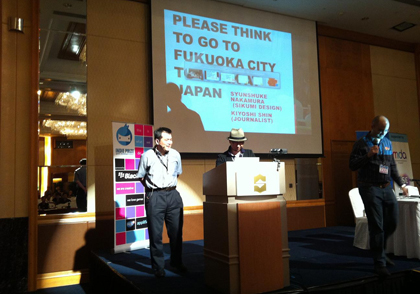 The “Overseas Gaming Industry Trend Seminar” will be held in Fukuoka City on September 13th. The seminar will take the form of a front line report into the Asian casual and social gaming market, and will feature freelance journalist and honorary director of the International Game Developers Association (IGDA) Japan, Kiyoshi Shin, as lecturer.

During the seminar, changes in the current marketplace as a result of recent trends in the Southeast Asian market, as well as the question of whether or not Southeast Asia could become one of the keywords in the gaming industry going forward, will be broken down and examined.
The lecture will focus on discussing strategies, etcetera, for how Japanese companies targeting the casual and social gaming market, which is enjoying remarkable growth on a global scale, can expand their businesses in future.

Fukuoka City is home to an organization known as the “Fukuoka Game Industry Promotion Agency“, a collaboration between three sectors, the City of Fukuoka, Kyushu University and the GFF, which plays an important role in the development of the city’s gaming industry. The group serves as the Japanese game industry’s first ever collaborative association, incorporating elements of business, academia, and government, and attracts a huge amount of attention nationwide.