The Kyushu Art Directors’ Club (K-ADC), an organization of creators working out of Kyushu, will be sponsoring its second annual awards, to be held at the Fukuoka Asia Art Museum. 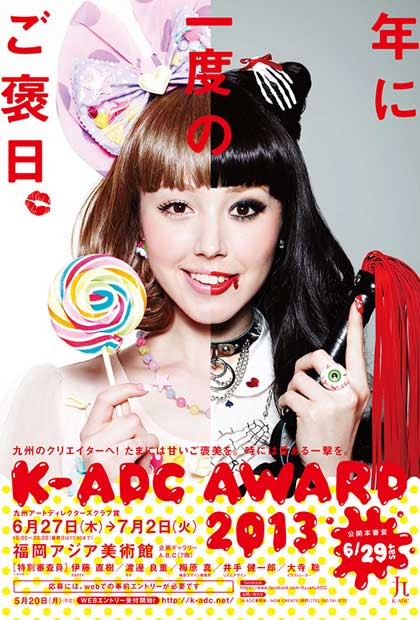 The K-ADC awards are given to recognize “pro work” that benefits the world at large.
The art direction recognized by the K-ADC encompasses several different forms of communication.
We are accepting nominations of exceptional jobs across a variety of genres–not only graphics, but video, web, and more.
To judge this year, we have not only Kyoto University of Art and Design professor Naoki Itou of PARTY
but also designer Makoto Umehara of Shikoku, known for his works themed on commercial products and sightseeing, among others.
If anyone has a work from their previous jobs they’d like us to see , please apply.
This is also a chance to showcase Kyushu creators and their local creations not only to the nation, but to the world. After the submitted artworks are assembled, an opening judging and awards party will be held, as well as a viewing for the general public.