A lecture and workshop in which participants think about the characteristics of their own region from the perspective of design was held the other day, in preparation for the creation of the Fukuoka edition, scheduled to be published in June.
The event reached its capacity immediately after we started recruiting participants, and was a great success.
On the day of the event, the venue was full and we felt an air an excitement from the participants.
In the first part of this event, Mr. Kenmei Nagaoka, the publisher of 『d desgn travel』, talked about things such as the theme of the activity, projects such as Nippon Project、60 Vision], D&Department; stores, and the story of how 『d desgn travel』 began. 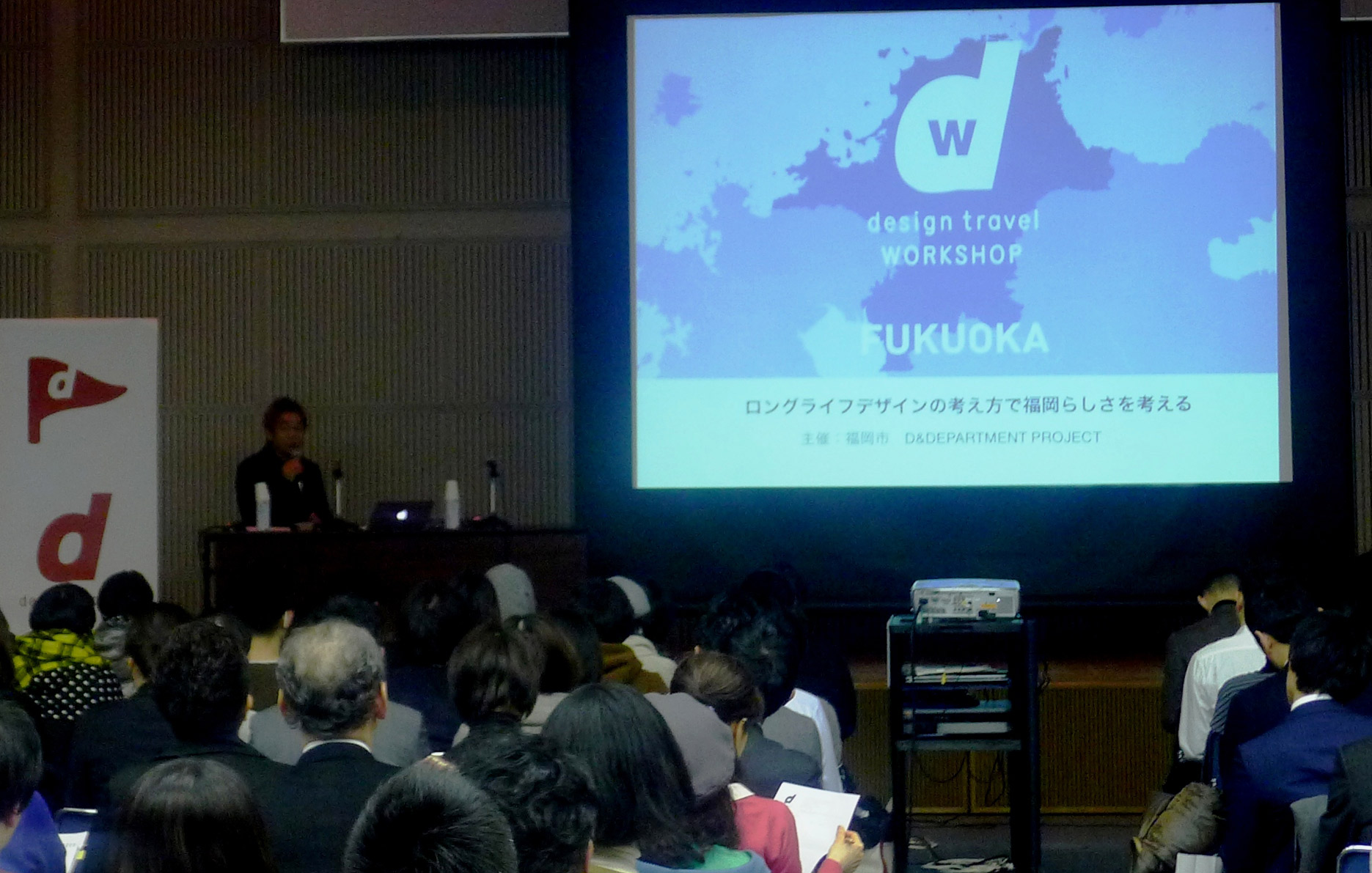 In the second part of this workshop, participants divided up in to several groups, such as “tourist spots”, “restaurants”, “cafeｓ”, and thought about what “Fukuoka-ness” is from the perspective of design. They gave ideas on places to cover for the Fukuoka edition. 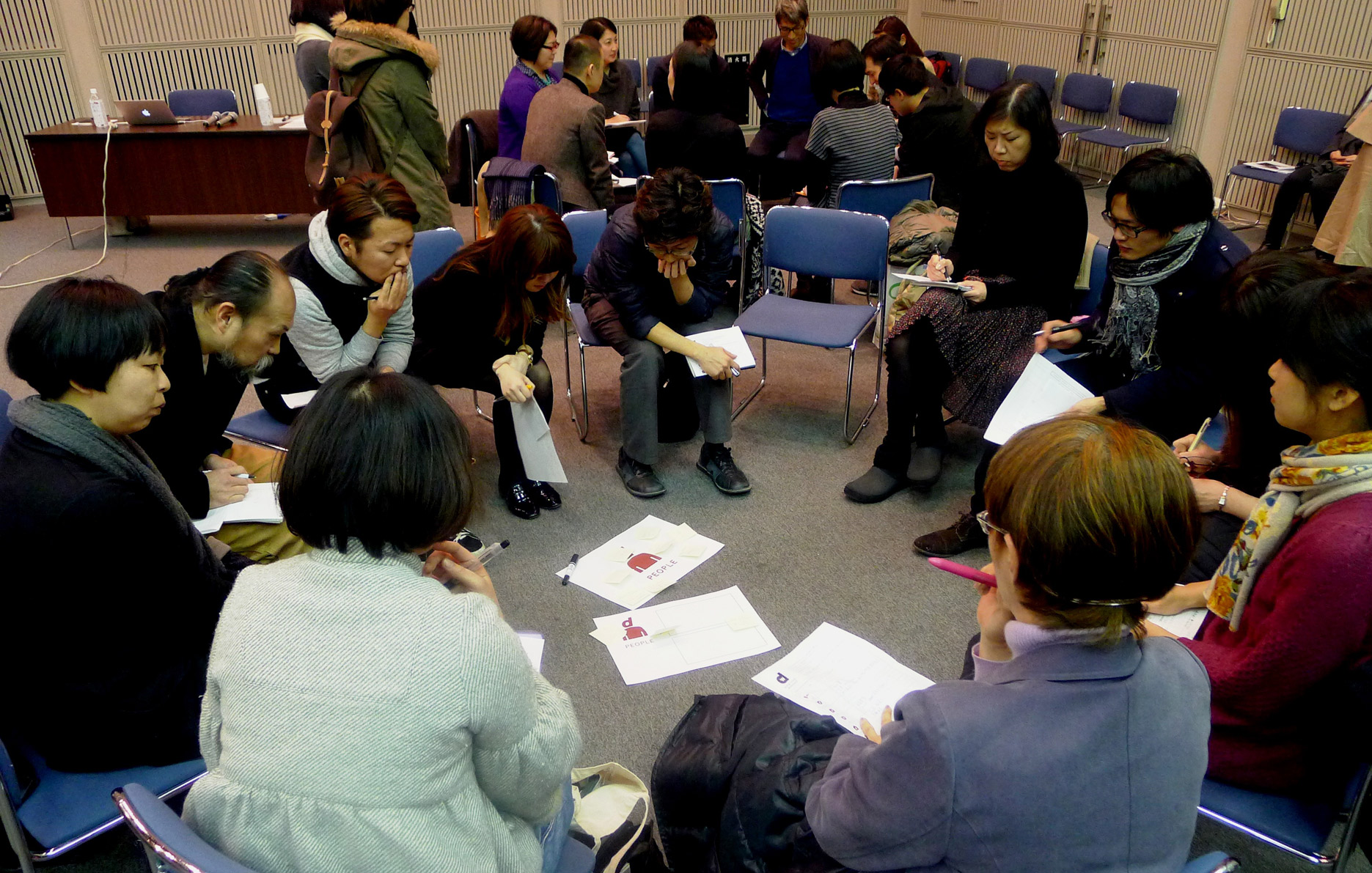 The ideas presented by each group, and information obtained from the participant surveys will be used for the editing and for the interviews for the Fukuoka edition. 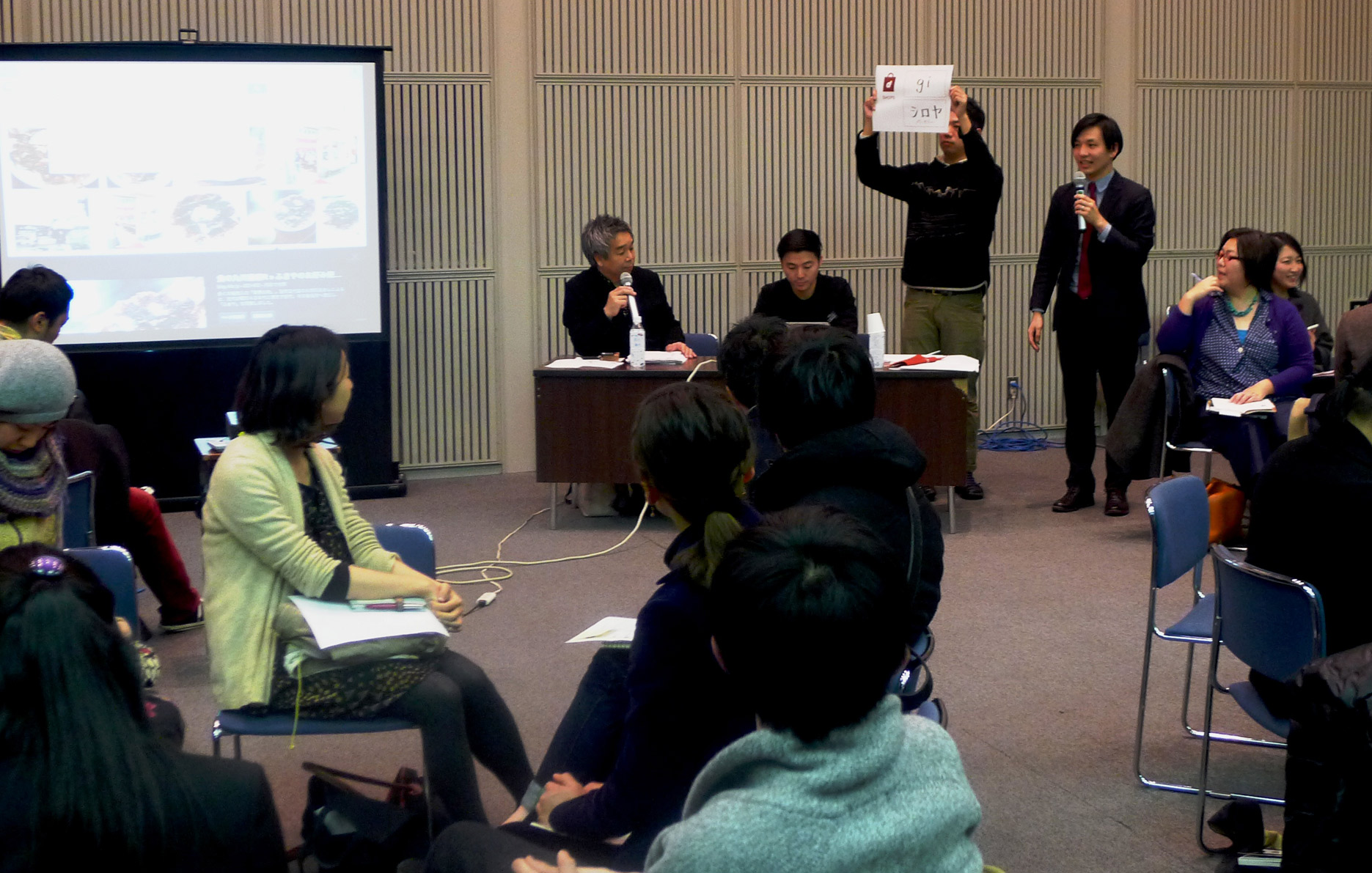 Information about the Fukuoka edition will be posted on D&Department; Fukuoka’s facebook page and groups within facebook (d&d Fukuoka) so be sure to check it out.

A commemoration event will be held in d47 museum of Shibuya Hikarie on the day the Fukuoka edition is released, so please look forward to this event as well!