Though the theme of the events is “popular anime”, they’re in no way limited to fans. We invite all to join the event. Participation will definitely stir-up interest into the anime world. 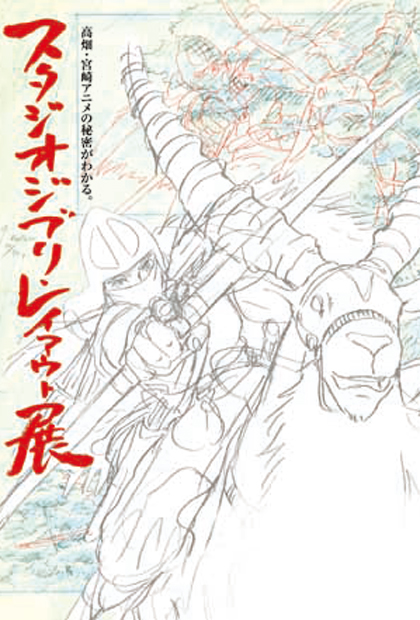 The Princess Mononoke © 1997 Nibariki · GND
The event will be held in collaboration with Studio Ghibli • Ghibli Museum, Mitaka. About 1,300 original anime layouts from early works such as Nausicaa of the Valley of the Wind up to the currently playing The Wind Rises will be displayed. All works are hand-drawn by director Hayao Miyazaki. Additionally, layouts by both directors, Mr. Isao Takahata and Hayao Miyazaki, from anime prior to the creation of Ghibli Studio will be displayed. These works include: Heidi, Girl of the Alps, 3000 Leagues in Search of Mother, Future Boy Conan, Sherlock Hound, Chie the Brat, among others.
A limited edition original catalog by Studio Ghibli will be available for purchase at the venue. The catalog is certainly a must-have item for fans. 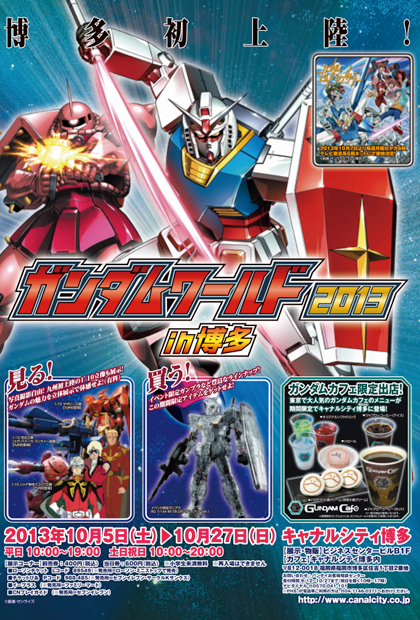 The 34th anniversary celebration of the national hero, Gundam, will be held in Kyushu. This will mark the first time the anniversary event is held in Kyushu. Look forward to the 10/1 sized Gundam exhibitions, featuring models from past and present generations. Also, movies will be streamed and event-limited Gundam Model Kits will be available. Lots of enjoyable features from Tokyo’s super popular Gundam Cafe will be set-up outside of the venue.