We will be holding a video seminar by Mr. Prabda Yoon of Thailand, a past laureate of the Fukuoka Prize!

We are inviting Prabda Yoon, a Thai film director and multi-creator who is also a writer, critic, scriptwriter, graphic designer, and artist, to a creative seminar to speak from the perspective of a filmmaker. In Part II of the seminar, young video creators from Fukuoka will also take the stage.

(Part I) “From Filmmaking Sites in Thailand”

We will hold a screening of Mr. Prabda’s short films and he will lead a discussion. We will get to hear Mr. Prabda, who works across national borders and fields, talk about his production activities as well as the current state of filmmaking in Thailand.

(Part II) “Fukuoka Films from the Perspective of Foreign Filmmakers”

After screening films by young video creators active in Fukuoka, we will have a talk featuring comments from Mr. Prabda. 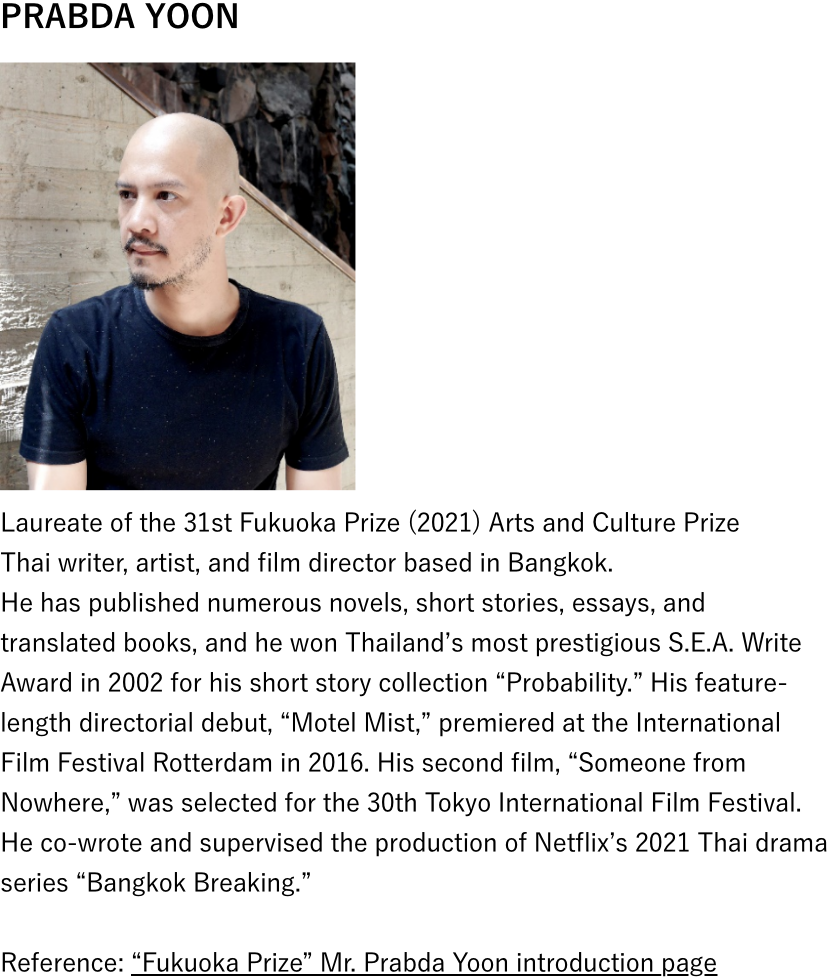 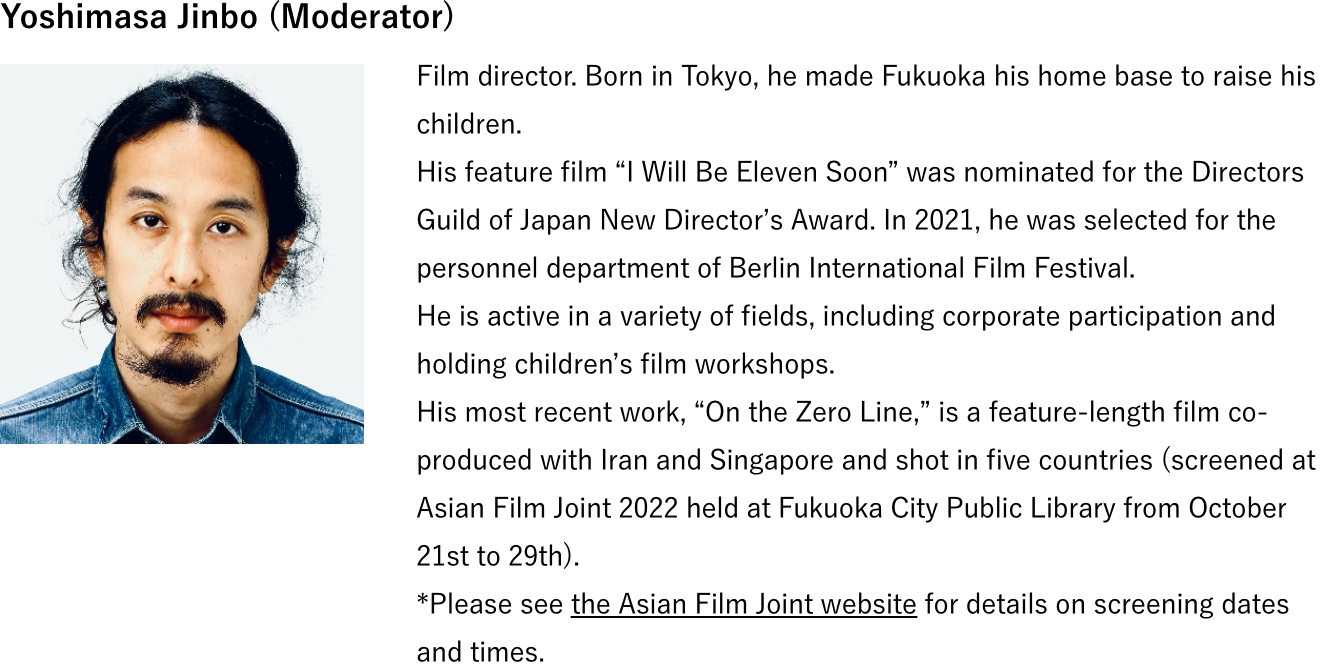 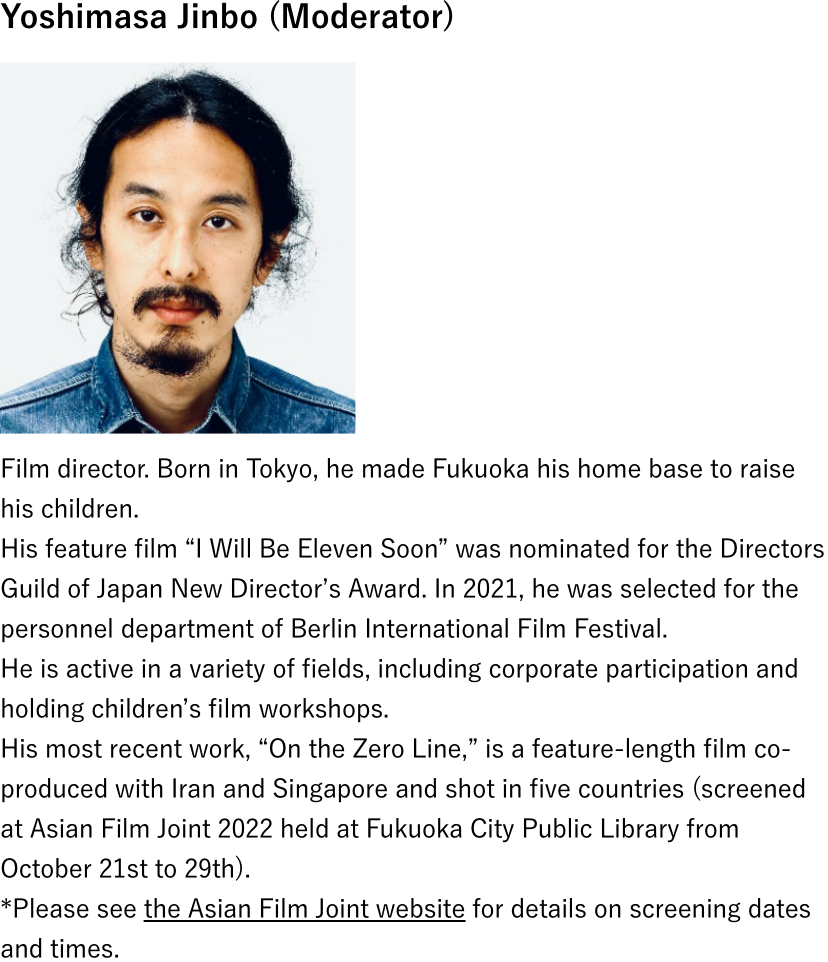 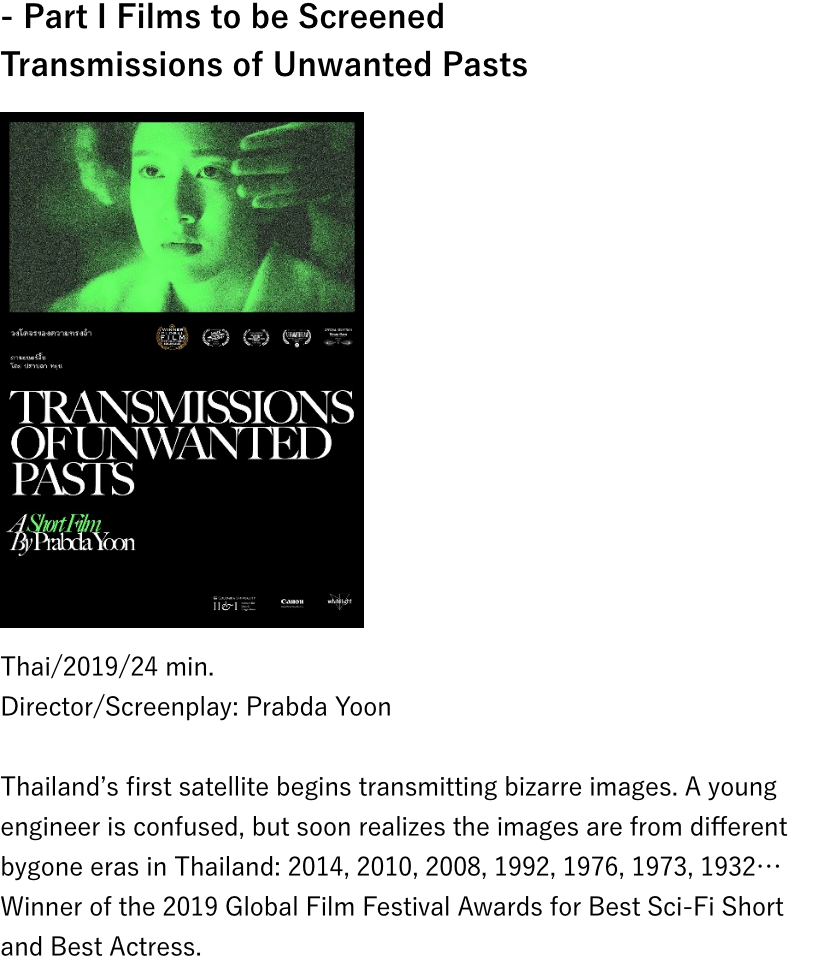 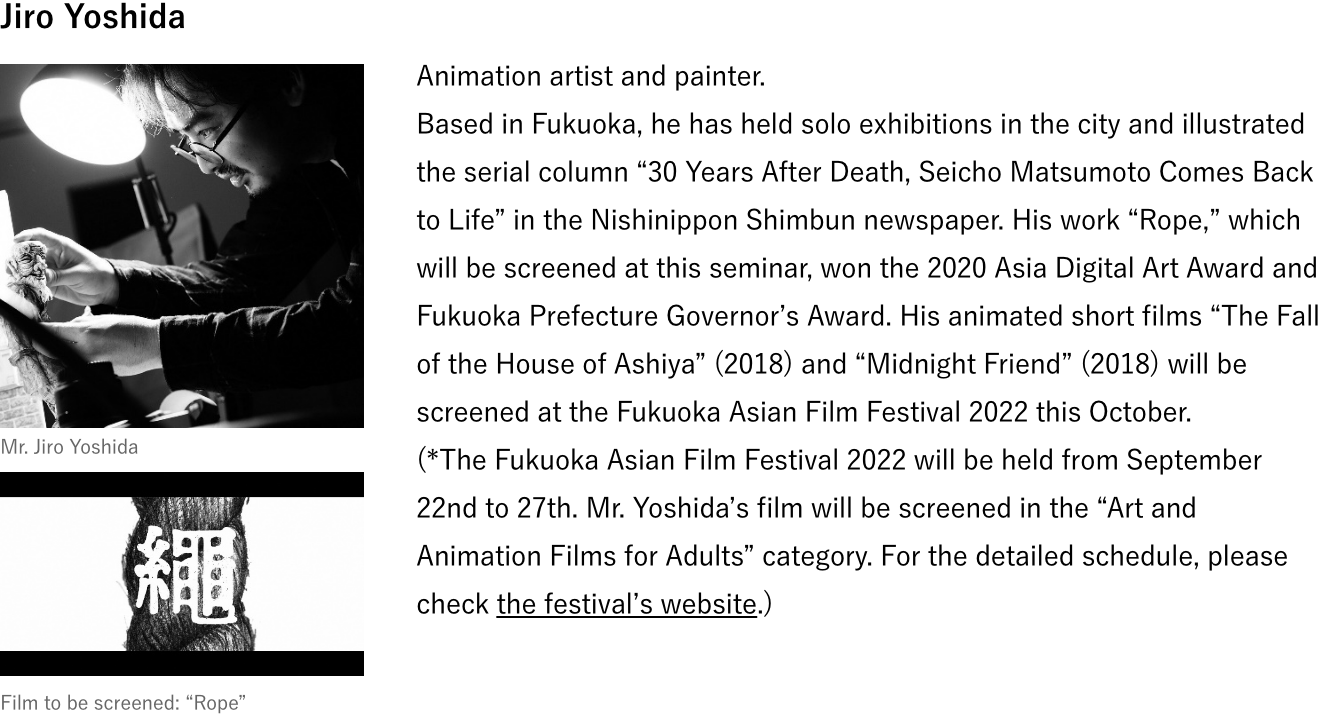 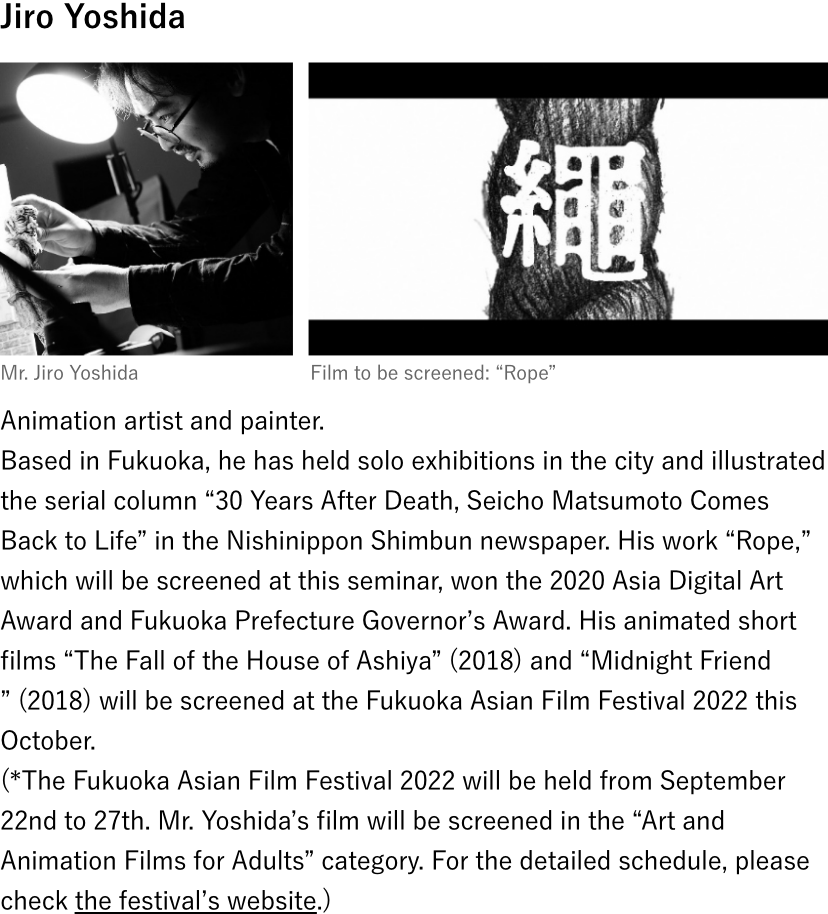 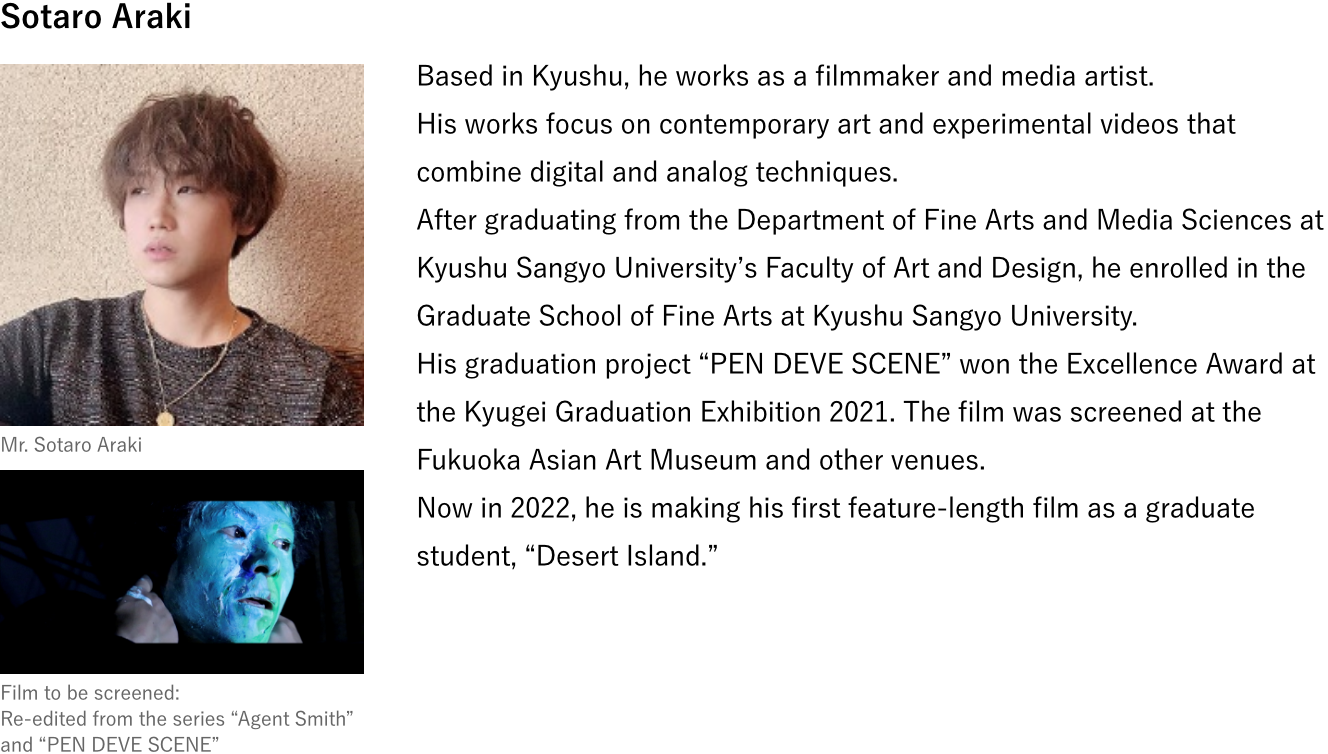 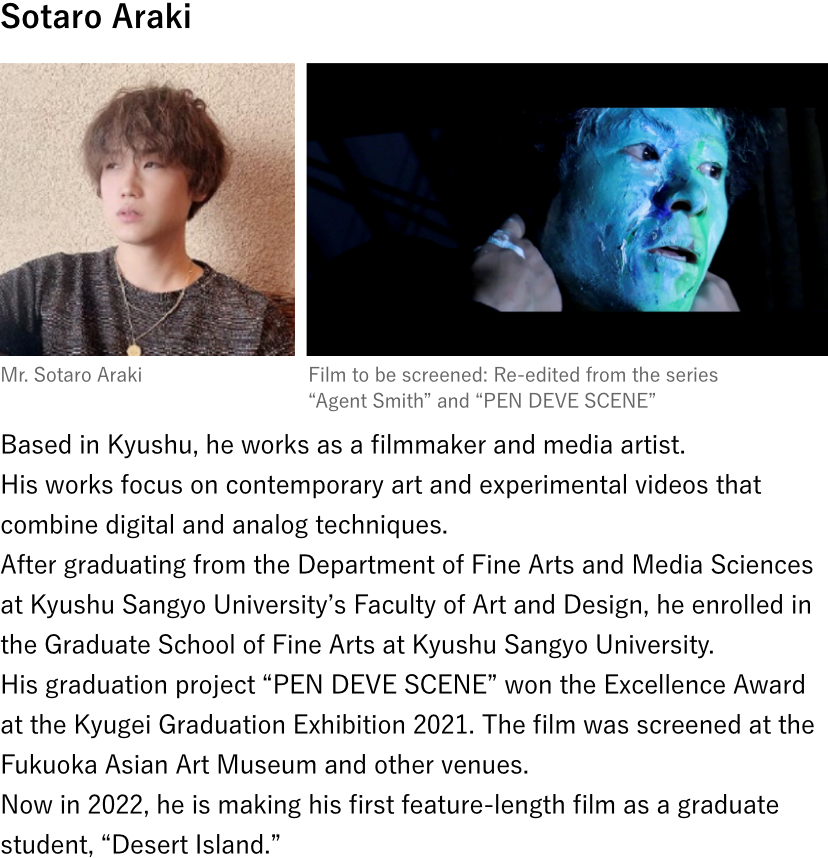 Participants of the “FUKUOKA 48 Hour Film Project” to make a film in 48 hours will appear on stage and their films will be screened.
Details on the films and speakers will be announced at a later date.