Starting with a theme of “design x [   ]”, five members working as designers in Tokyo together with creators from all over Japan exchange ideas in search of a new worldview and new surroundings in the creative community kakezan. The first installment of this sponsored event will be held in Fukuoka.
We welcome five creators, including image supervisor and art director Kouki Tange, as our guests
for a talk on the disparities in work styles between the local region and Tokyo.
We also have scheduled some after parties and workshops
designed to elevate the creative sense of not only presenters but each and every participant. Through establishing a venue where we can provide each other encouragement, we will try to revitalize Japanese creativity. 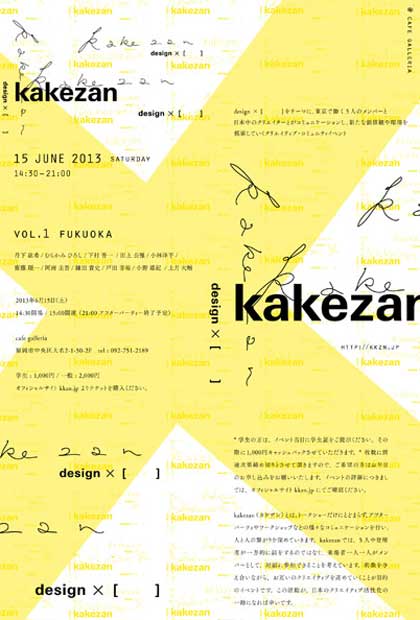