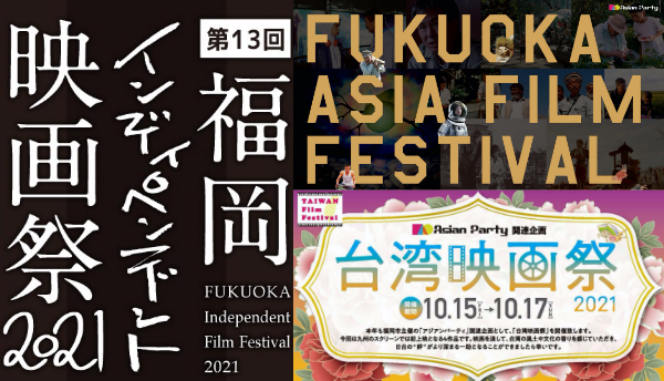 This is the announcement of film festivals to be held in Fukuoka City in October.
In Fukuoka, the gateway to Asia, the Focus on Asia Fukuoka International Film Festival helped introduce and promote high quality Asian films until closing the curtains on its history with its 30th year in 2020.
Passing on the baton to the year 2021, inheriting the spirit and history of that festival, the colors of various different film festivals will be represented in screenings to take place over a period of about a month.
Why not immerse yourself in the Asian film world this autumn and discover the pleasant charm of Asian films? 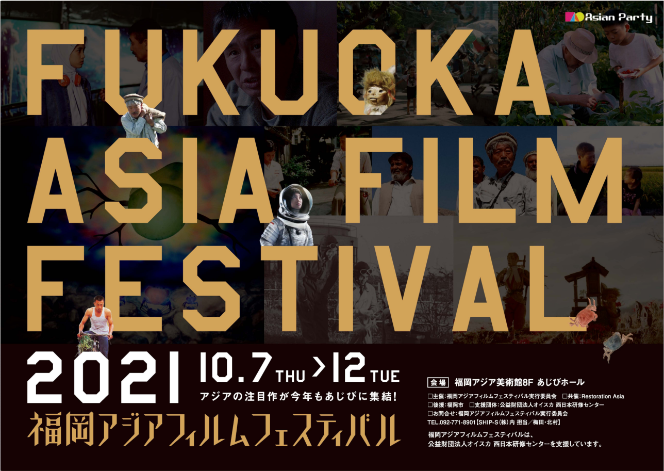 As the name suggests, this film festival aims to introduce the cultures of Asian countries through film.
This year, the 24th year of this festival, there will be 10 film screenings in a wide range of genres including new and old films from Myanmar, feature films, animations, and documentaries, etc. 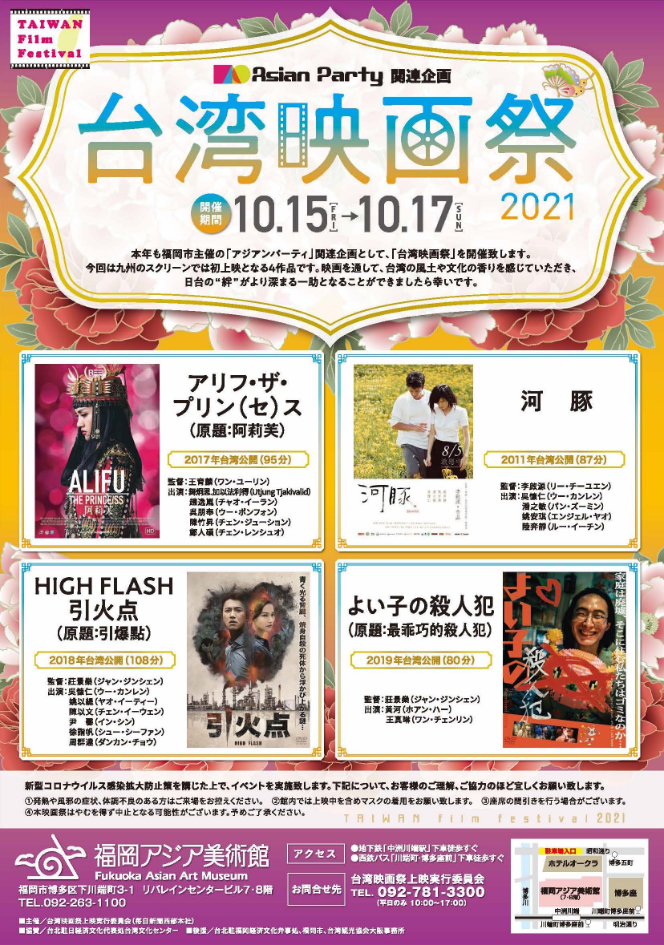 Offering the opportunity to discover the culture and climate of Taiwan through film, this film festival seeks to deepen the friendship between Taiwan and Japan even more.
Fans of Taiwanese film will be pleased as four films will be screened for the first time in Kyushu over a three day period. Don’t miss these popular films, which are much talked about in Taiwan!

Through the screening of independent films (indie films, documentaries, experimental films, etc.), this film festival aims to foster a place for cultivation and exchange among the people in film in Asia, the world, and Fukuoka. Up until the 10th festival, films competed and had screenings for the general public each year.
From the 10th festival onward, the public screenings were changed to every other year, and this year, which will be the 13th year, will be a select screening of outstanding works chosen from those that have been screened so far.
A total of 31 films from short to long films have been selected, not only from filmmakers active in Japan, but also abroad. Come experience the new talents who will lead the future filmmaking world.