“Japan Expo2013” – bringing the charm of Fukuoka to France!

“Japan Expo2013,” the biggest event about Japanese culture in Europe, was held in the suburbs of Paris, France, for 4 days starting on the 4th of July and finishing on the 7th.

More than 700 booths for games, manga, anime, fashion and traditional culture lined up within the vast venue, which was over 120,000 square meters, and the number of visitors surpassed 200,000 people in 4 days. 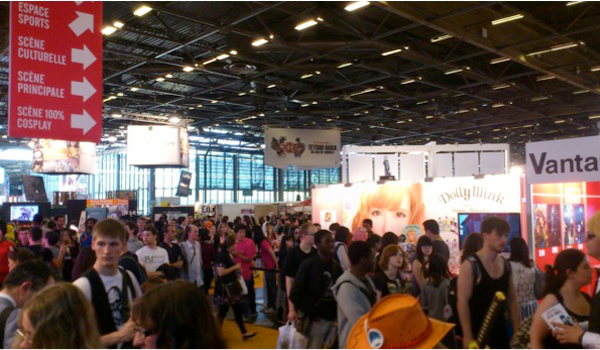 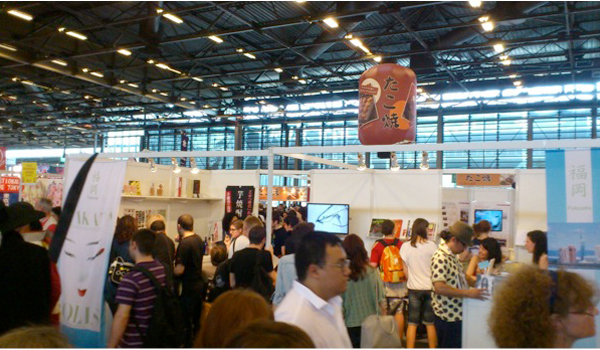 The Fukuoka booth advertised not only the creative industry with games, images and fashion, but also presented some of the various charms of Fukuoka, including food, traditions and sightseeing spots – it was a great success.

The monitor within the booth also ran locally broadcasted shows like “Inazuma Irebun,” by LEVEL-5 Inc. and “Afterschool Midnighters,” by MontBlanc Pictures. 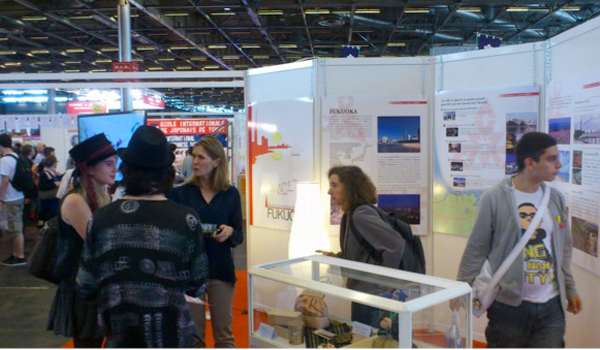 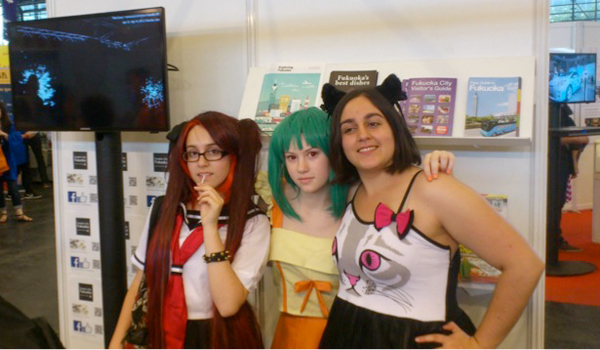 On the days of the event, there were many young people cosplaying (dressing in costume as manga characters.)
This is a picture of a group of French teenage girls who came to Fukuoka’s booth.
Thinking that they may work as creators in Fukuoka in the near future certainly raises a lot of expectations. 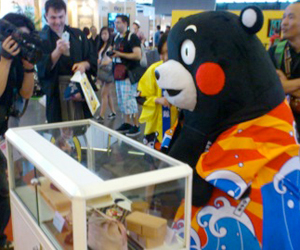 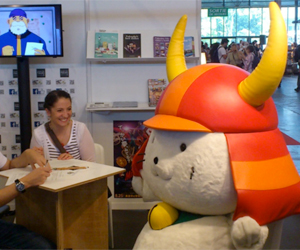 Amid the heartwarming mascot-like characters unrelenting boom, the popular Kumamon and Hikonyan also came to visit the Fukuoka booth.

Visitors of “Japan Expo2013” were not just local French people – its popularity has made it to the nearby countries such as Germany and Italy.
This can be expected to contribute to cultural exchange between various countries, and also in the development of new businesses.