In addition to usual spots which illuminate commercial facilities, theme parks and town’s main streets,
we introduce you unique spots from a world of light where you can have fun.
Illumination is a common even, but now we talk about abetter version of Fukuoka airport illumination.

For the best airport illumination in Kyushu we have used 350,000 LEDs. 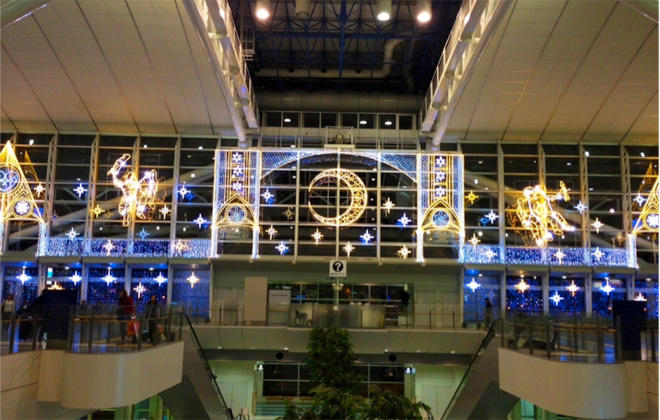 We introduces you the winter constellations arrangement for international lines (departure lobby at the 3rd floor), 115m planetarium illumination.
You are invited to enter the world of Greek mythology. 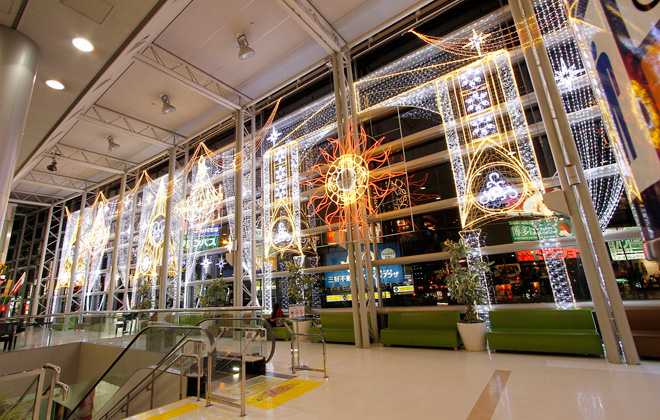 For domestic air routes (2nd building, 2nd floor departure lobby) we have prepared an unique illumination, the image of a light theater all over the lobby, a place where chandeliers and sun twinkle, a true magical show.
Now that we have entered in the winter vacation, we have the chance to spend more time time with family and friends. Come together and enjoy this show of light.

“Photo contest 2015” is now opened in Fukuoka airport!
Photos can be submitted until the 20th of January! If you are in the airport you can receive big travel vouchers and other prizes. Check it out!