We will be holding a video seminar by Mr. Prabda Yoon of Thailand, a past laureate of the Fukuoka Prize! 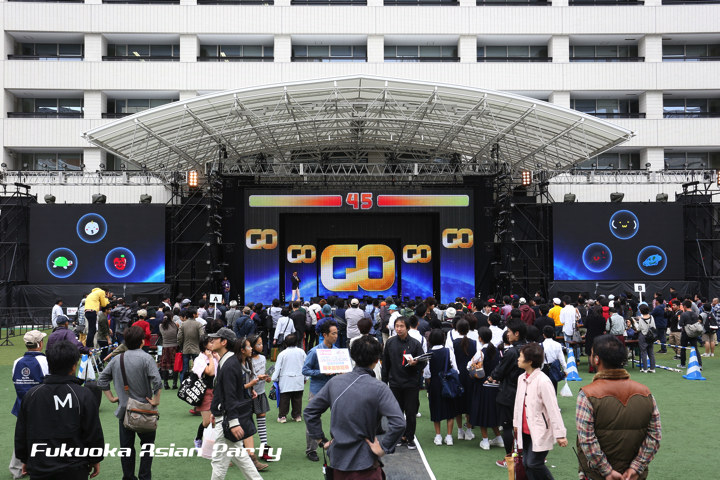 An interactive stage that uses cutting-edge technology from Fukuoka creative company “Shikumi Design”.
Using an iPad, visitors were able to create their own character then take part in teams of 3 in a war game on an impressive screen that made use of the original gate-shaped LED panel. Not only for kids, this event was enjoyed by adults as well. 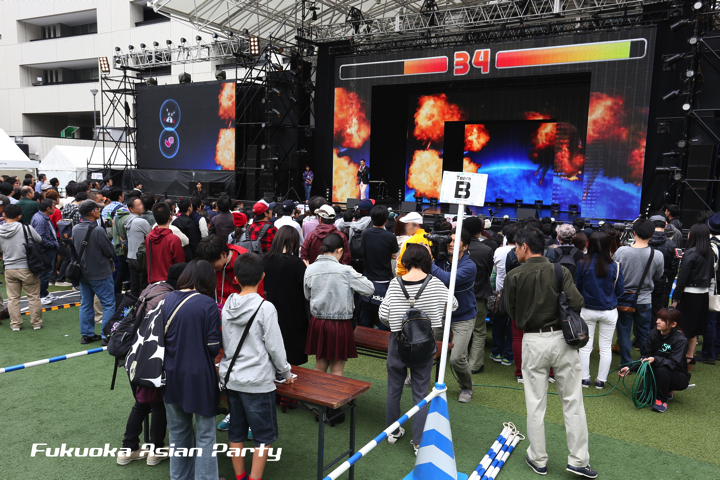 In Fukuoka there are lots of other active creative companies aside from Shikumi Designs.

In this booth were yet another Fukuoka-based creative company, “anno lab”, who exhibited their interactive booth “Asobiba!” which was enjoyed by both adults and children while having fun and experiencing art.

Thanks to Fukuoka Asian Party we expect more and more creative companies within Fukuoka to start getting the attention that they deserve! 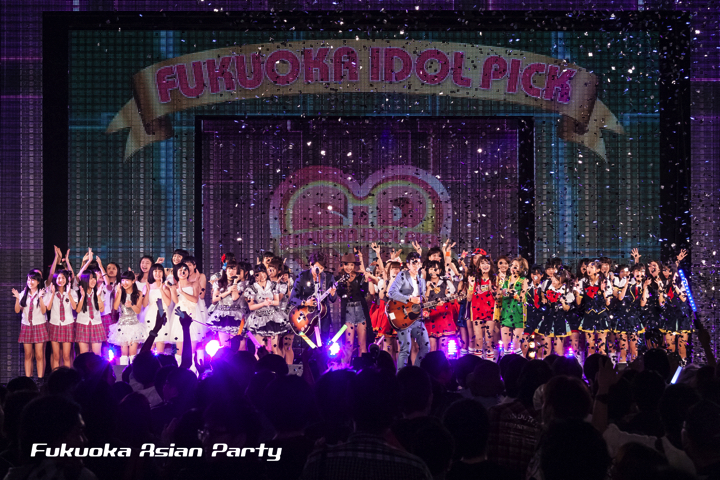 There was also a lot of fun to be had at this year’s FUKUOKA IDOL PICK!
Packed with visitors, this event was brimming with enthusiasm.
Though this year is only the second time that the FUKUOKA IDOL PICK has been held, there are actually lots of idols and their agencies in Fukuoka, using their hometown as a base and pursuing activities domestically and abroad.
Though many famous artists choose to pursue activities from a base in Tokyo, FUKUOKA IDOL PICK was started in order for artists who are doing their best in their hometown of Fukuoka to support the idols, make them more well known to the world, and help to promote the music industry.
On top of the 12 idol groups from Fukuoka that participated this year, they were joined by popular Taiwanese idol outfit “Weather Girls”.
In further addition to all of the normal idol group performances, we were also able to see collaborations between idol groups and domestic and foreign idols.
We’re expecting to see more and more from these Fukuoka idols in the future(: